The Fryderyk Chopin Society is launching a new concert cycle somewhat provocatively called “Chopin won’t bite…or how to listen to the great Romantic’s music”.
The idea behind the project is to get persons who do not listen to classical music every day maximally acquainted with Chopin’s compositions.
Each concert will focus on just one genre of Chopin’s music – the mazurka, the waltz, the polonaise, etc. The performances will be illustrated by an easy-to-understand commentary provided by a music writer.
The concerts will be held on Sundays at 12.00 in the Royal Łazienki Park’s Palace on the Water.
The April concerts will feature

Due to Easter and the open-air concert season at the Chopin statue in the Łazienki Park, beginning in mid-May, the Chopin Won’t Bite cycle will resume in October to continue our presentation of the Polish composer’s genres. 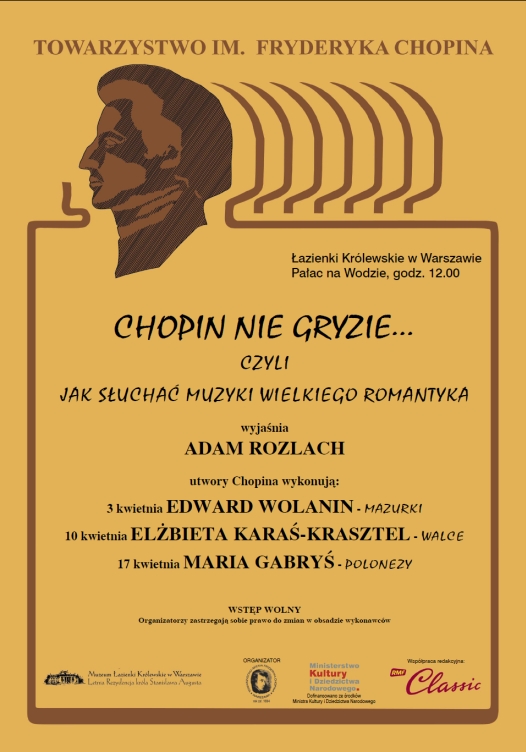 Project co-funded by the Ministry of Culture and National Heritage