Organisers: The Fryderyk Chopin Society, The Polish-French Friendship Society, The Polish Academy of Sciences
Place: The Mirrors Room at Staszica Palace
Background: The first concert was held in April 2010.  Apart from Chopin’s music, works by other celebrated composers are performed.  The concerts are held on the last Monday of each month except July and August.

The Staszica Palace is located on the Royal Route in Warsaw, not far from the Old Town. Designed by Antonio Corazzi, the Palace was built in 1820-1823. It was badly damaged in 1939 and burnt during the Warsaw Rising of 1944. In the years 1947-1949 it was reconstructed and extended after Prof. Piotr Biegański’s design.
Now the Staszica Palace houses some research institutes of the Polish Academy of Sciences as well as scientific societies and associations which generously contribute to Polish science. Its gorgeous Mirrors Room has become one of Warsaw’s musical salons. Every month music concerts in the “PAN Chopin. A Musical Salon at Staszica Palace” series are held there. 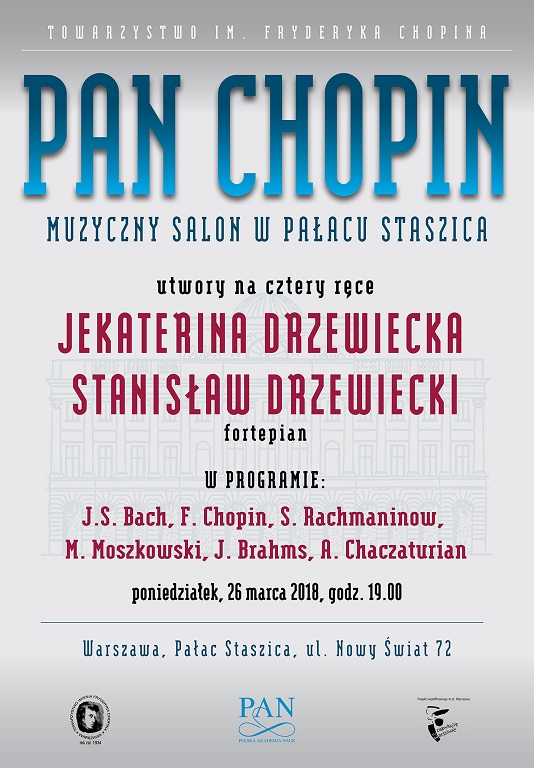 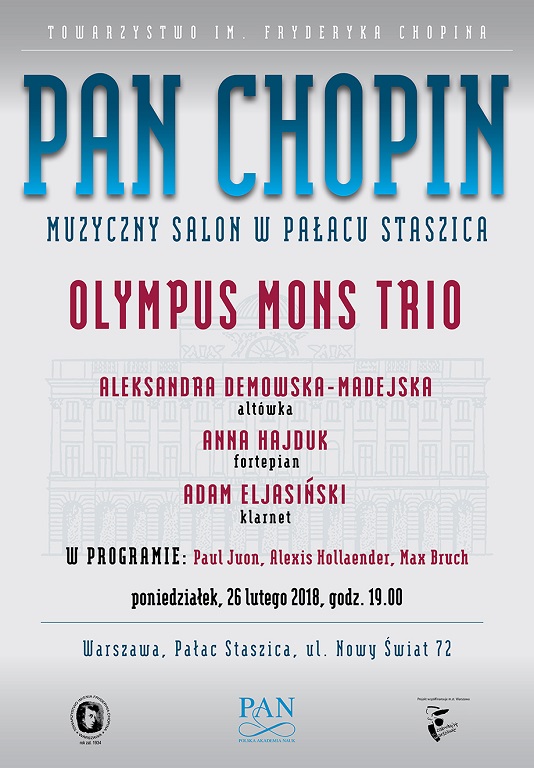 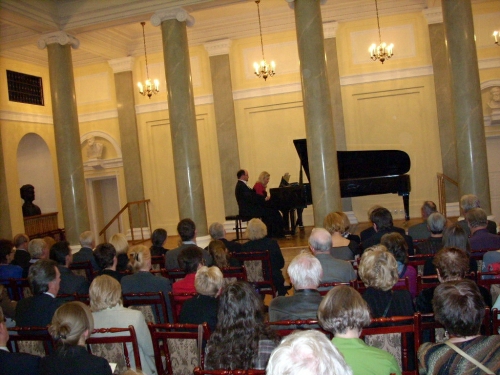 Piano duo Justyna Galant and Filip Wojciechowski at the concert on 26 April 2010.