The village is situated near Płock, some 80 kilometres from Warsaw. Its most important historical site is a palace designed by Władysław Marconi and built in the place of a former manor house in 1880. This is where in the summer of 1828 Fryderyk Chopin spent his vacation with the family of his school-friend Konstanty Pruszak. Some rooms in the palace have been furnished in a way as to commemorate Chopin’s stay at Sanniki. The palace has a concert room seating 120.
Sanniki appears strong on Poland’s culture map due to its promotion of culture and its cultural activity. Through its many international contacts, it is also known abroad. Thanks to Chopin’s stay at Sanniki, the pride of the local community, the village has become a place of the Chopin cult. The Society’s local branch propagates Chopin’s legacy, including his ties with Sanniki. 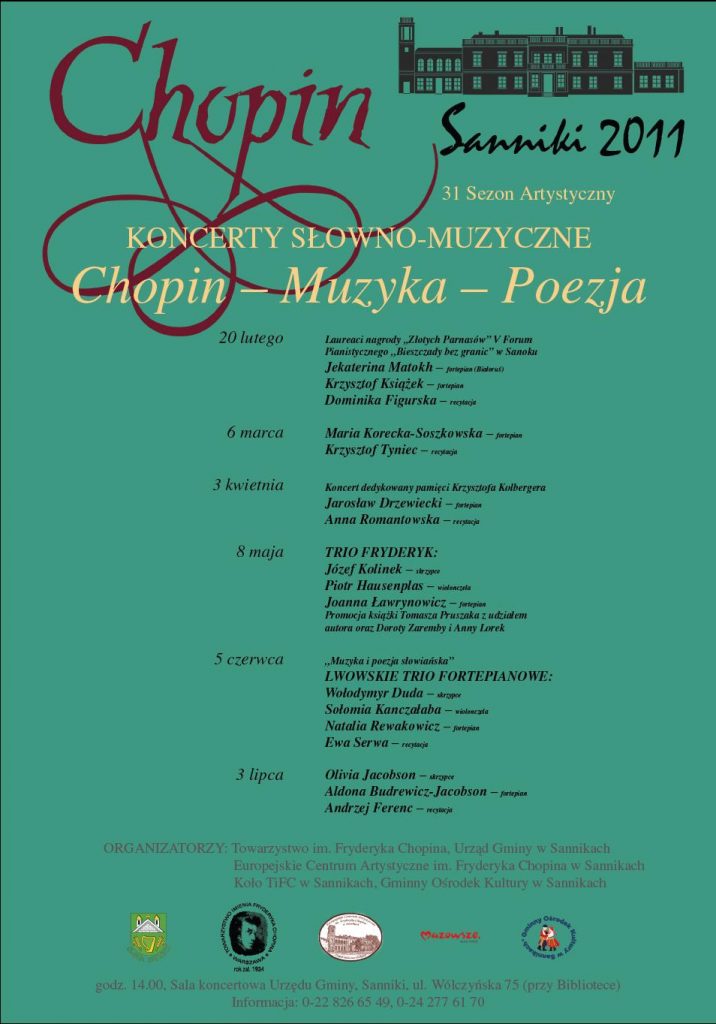